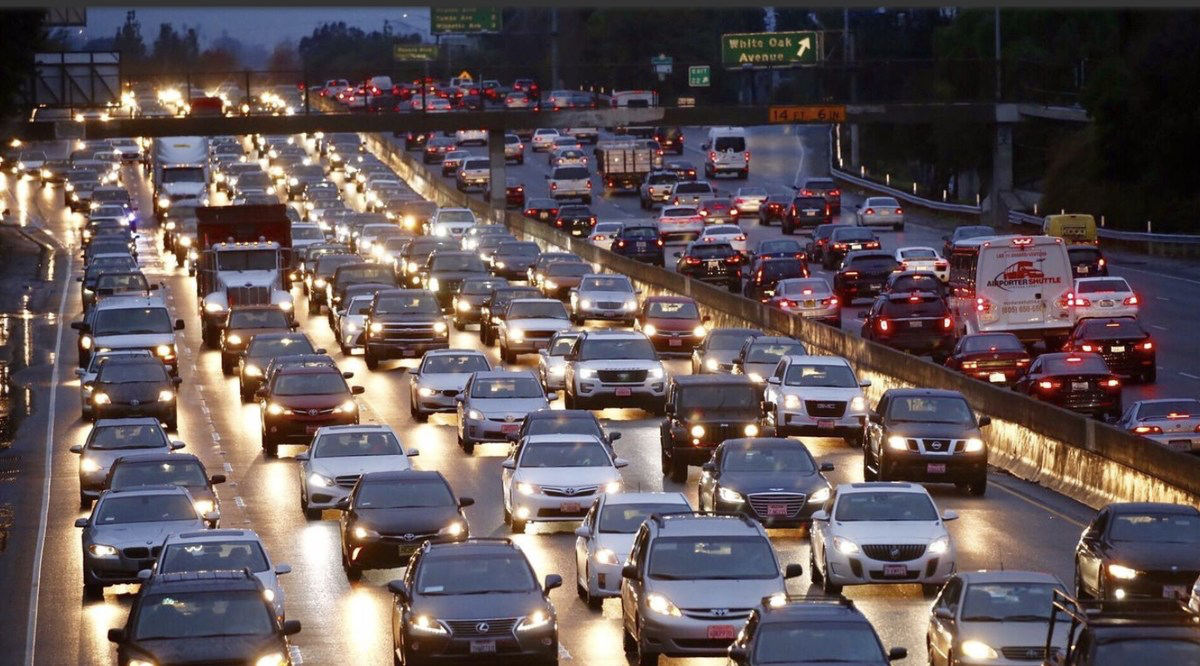 Traffic Time Better Spent Los Angeles is a large sprawling city, full of diversity and culture. It’s also a city full of one other thing… crippling traffic. In 2019, Los Angeles was named the 5th worst traffic congested city in America, behind only, Boston, Washington DC, Chicago and New York. Before last year, LA was considered the most traffic congested city in the country for 6 straight years! According to a new study of traffic statistics, drivers in Los Angeles spend, on average, each year, 128 hours sitting in traffic, or more simply 5.3 days! That being said, some LA roads are actually worse than others, so, assuming that you are sitting in traffic right now, reading this, we decided to help you pass the time by letting you know what you could be doing instead! Just taking the overall average number of 128 hours sitting in traffic, you could instead see 64 2-hour movies or 85 Adam Sandler movies, since they run out of story at about the 90 minute mark. A road trip from LA to New York, which is roughly 2800 miles, would take you about 43 hours traveling at the speed limit. With 128 hours to kill, you could make that cross-country trek about 3 times, although the third time you’d be about an hour outside of New York, probably in New Jersey, and well, you might want to speed a little bit to avoid that! Things get worse on a few roads, like the infamous 405 and 101 freeways. While we are on the subject, in much of the country freeways are called highways. Considering how slow the traffic is on LA’s freeways, the only thing free about them is the amount of free time you’ll have, in your car, to listen to an audiobook. I digress. According to local traffic statistics a trip on the 405 freeway from National Blvd to South Western Avenue, which is about 15.4 miles, takes on average 40 minutes. For someone who lives and works between those 2 locations, that is an 80 minute commute each day and nearly 7 hours a week or 336 hours a year, on a 48 week work schedule. According to thelinguist.com, a person could learn a new language in about 480 hours, so ditching your commute to South Western would put you ¾ of the way from speaking perfect Mandarin. Even worse, the 22 mile drive from Downtown Hollywood to Agoura Hills, in the San Fernando valley, reportedly offers drivers roughly 124 minutes of time to ponder why they are spending 124 minutes each way, in traffic. Just driving that one way would eat up 620 minutes a week which could instead be spent watching the Dodgers play 3.5 games or 1.5, maybe 2 Yankees/Red Sox games, with dugout clearing brawl included. Drive that distance round trip and in the course of one work year you could put yourself about 500 hours shy of the 1500 needed to fly a commercial airliner.

Getting a Private plane pilots license only takes about 40 hours, so, take 2 weeks off of work and a whole new career awaits you, in the skies above… where there is much less traffic! I could go on an on, detailing the massive traffic delays from Downtown LA to Santa Monica on the 10 or the adventure involved in getting to LAX from Sherman Oaks, but by now, you get it. There are a lot of things you could have been doing that would have been much more productive than sitting in LA traffic, but without it, what would you have to complain about? The weather? So, the next time you’re stuck going bumper to bumper on the 110, think to yourself, it is a whole lot colder in Chicago. Isn’t it?